Once Upon a Time…in Hollywood
Comedy | 161 mins | 18 | Showing at 1929 cinemas
0 Reviews
Quentin Tarantino's Once Upon a Time...in Hollywood visits 1969 Los Angeles, where everything is changing, as TV star Rick Dalton (Leonardo DiCaprio) and his longtime stunt double Cliff Booth (Brad Pitt) make their way around an industry they hardly recognize anymore. The ninth film from the writerdirector features a large ensemble cast and multiple storylines in a tribute to the final moments of Hollywood's golden age.
Director Quentin Tarantino
Cast Leonardo DiCaprio, Brad Pitt, Margot Robbie, James Marsden, Dakota Fanning

The Lion King
Animation | 118 mins | PG | Showing at 1731 cinemas
1 Review
From Disney Live Action, director Jon Favreau's all-new -The Lion King- journeys to the African savanna where a future king is born. Simba idolizes his father, King Mufasa, and takes to heart his own royal destiny. But not everyone in the kingdom celebrates the new cub's arrival. Scar, Mufasa's brother -and former heir to the throne- has plans of his own. The battle for Pride Rock is ravaged with betrayal, tragedy and drama, ultimately resulting in Simba's exile. With help from a curious pair of newfound friends, Simba will have to figure out how to grow up and take back what is rightfully his.
Director Jon Favreau
Cast Donald Glover, Beyoncé Knowles-Carter, James Earl Jones, Chiwetel Ejiofor, Alfre Woodard

Dora and the Lost City of Gold
Family | 102 mins | PG | Showing at 1572 cinemas
0 Reviews
Having spent most of her life exploring the jungle with her parents, nothing could prepare Dora (Isabela Moner) for her most dangerous adventure ever - High School. Always the explorer, Dora quickly finds herself leading Boots (her best friend, a monkey), Diego (Jeffrey Wahlberg), a mysterious jungle inhabitant (Eugenio Derbez), and a rag tag group of teens on a live-action adventure to save her parents (Eva Longoria, Michael Peña) and solve the impossible mystery behind a lost city of gold.
Director James Bobin
Cast Isabela Moner, Eugenio Derbez, Micke Moreno, Nicholas Coombe, Madeleine Madden

Angel Has Fallen
Action/Adventure | 121 mins | 15 | Showing at 1559 cinemas
0 Reviews
Secret Service Agent Mike Banning is framed for the attempted assassination of the President and must evade his own agency and the FBI as he tries to uncover the real threat.
Director Ric Roman Waugh
Cast Gerard Butler, Morgan Freeman, Jada Pinkett Smith, Lance Reddick, Nick Nolte 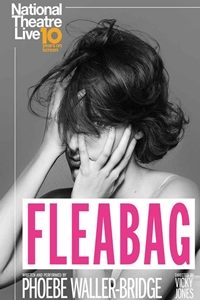 National Theatre Live: Fleabag
Program | 80 mins | 15 | Showing at 1481 cinemas
0 Reviews
See the hilarious, award-winning, one-woman show that inspired the BBC's hit TV series Fleabag, direct to cinemas nationwide from London's West End. Written and performed by Phoebe Waller-Bridge (Fleabag, Killing Eve) and directed by Vicky Jones, Fleabag is a rip-roaring look at some sort of woman living her sort of life. Fleabag may seem oversexed, emotionally unfiltered and self-obsessed, but that's just the tip of the iceberg. With family and friendships under strain and a guinea pig café struggling to keep afloat, Fleabag suddenly finds herself with nothing to lose - November 18 only. Presented by DryWrite, Soho Theatre and Annapurna Theatre / Show image by Jason Hetherington
Director Vicky Jones
Cast Phoebe Waller-Bridge

Toy Story 4
Animation | 100 mins | U | Showing at 1460 cinemas
0 Reviews
Woody has always been confident about his place in the world and that his priority is taking care of his kid, whether that's Andy or Bonnie. But when Bonnie adds a reluctant new toy called "Forky" to her room, a road trip adventure alongside old and new friends will show Woody how big the world can be for a toy.
Director Josh Cooley
Cast Tom Hanks, Tim Allen

Scary Stories to Tell In The Dark
Horror | 111 mins | 15 | Showing at 1245 cinemas
0 Reviews
It's 1968 in America. Change is blowing in the wind...but seemingly far removed from the unrest in the cities is the small town of Mill Valley where for generations, the shadow of the Bellows family has loomed large. It is in their mansion on the edge of town that Sarah, a young girl with horrible secrets, turned her tortured life into a series of scary stories, written in a book that has transcended time - stories that have a way of becoming all too real for a group of teenagers who discover Sarah's terrifying home.
Director Andre Ovredal
Cast Zoe Colletti, Michael Garza, Austin Abrams, Gabriel Rush, Austin Zajur

The Informer
Drama | 113 mins | 15 | Showing at 1231 cinemas
0 Reviews
Honorably discharged Special Ops soldier Pete Koslow's world is turned upside-down when he is jailed after a fight to protect his wife. He's given a chance for early release by becoming an informant for the FBI and using his covert skills in an operation to take down The General, the most powerful crime boss in New York. But when the FBI sting meant to finally earn Koslow his freedom results in the death of an undercover NYPD cop, Koslow finds himself caught in the crossfire between the mob and the FBI.
Director Andrea Di Stefano
Cast Joel Kinnaman, Rosamund Pike, Clive Owen, Common, Ana de Armas