Anything Else
Comedy | 108 mins | 15
0 Reviews
Jerry Falk is an aspiring writer in New York, who falls in love at first sight with a free-spirited young woman named Amanda. Jerry has heard the phrase that life is like "anything else," but he soon finds that life with the unpredictable Amanda isn't like anything else at all.
Director Woody Allen
Cast Woody Allen, Jason Biggs, Christina Ricci, Stockard Channing, Glenn Close

Spider-Man 2 (2004)
Action/Adventure | 127 mins | PG
0 Reviews
Two years have passed since the mild-mannered Peter Parker walked away from his longtime love Mary Jane Watson and decided to take the road to responsibility as Spider-Man. Peter must face new challenges as he struggles to cope with "the gift and the curse" of his powers while balancing his dual identities as the elusive superhero Spider-Man and life as a college student. The relationships Peter holds most dear are now in danger of unraveling as he clashes with the powerful, multi-tentacled villain Doctor Octopus aka "Doc Ock." Peter's life-long yearning for M.J. becomes even stronger as he fights the impulse to abandon his secret life and declare his love. In the meantime, M.J. has moved on with her life. She has embarked on an acting career and has a new man in her life. Peter's relationship with his best friend Harry Osborn has been overshadowed by Harry's growing vendetta against Spider-Man, whom he holds responsible for his father's death. Peter's life becomes even more complicated when he is pitted against a powerful new nemesis, Dr. Otto Octavius-- "Doc Ock." Peter must now learn to accept his fate and harness all his superhero talents in order to stop this diabolical madman in his octagonal tracks.
Director Sam Raimi
Cast Tobey Maguire, Kirsten Dunst, J. K. Simmons, Alfred Molina, James Franco

Kinsey
Drama | 118 mins | 15
0 Reviews
The life story of Alfred Kinsey, a man driven to uncover the most private secrets of the nation, and journey into the mystery of human behavior. In 1948, Kinsey irrevocably changed American culture and created a media sensation with his book "Sexual Behavior in the Human Male." Using the technique of his own famous sex interviews, the story recounts the scientist's extraordinary journey from obscurity to global fame. Rebelling against the rigid piety of his home life, and drawn to the world of the senses, Kinsey becomes a Harvard-educated zoologist specializing in the study of gall wasps. After being hired to teach biology at Indiana University, Kinsey meets and marries a witty, freethinking female student, Clara McMillen. In the course of his teaching, he discovers an astonishing dearth of scientific data on sexual behavior. When students seek him out for advice about sexual concerns and problems, he realizes that no one has done the clinical research that would yield reliable answers to their questions. Inspired to explore the emotionally charged subject of sex from a strictly scientific point of view, Kinsey recruits a team of researchers, including Clyde Martin, Wardell Pomeroy and Paul Gebhard. Over time they refine an interviewing technique, which helps people to break through shame, fear, and guilt and speak freely about their sexual histories. When Kinsey publishes his Male study in 1948, the press compares the impact to that of the atom bomb. But as the country enters the more paranoid Cold War era of the 1950s, Kinsey's follow-up study on women is seen as an attack on basic American values. The ensuing outrage and scorn causes Kinsey's benefactors to abandon him, just as his health begins to deteriorate. At the same time, the jealousies and acrimony caused by Kinsey's attempt to create a private sexual utopia threaten to tear apart the research team and expose them to unwelcome scrutiny.
Director Bill Condon
Cast Liam Neeson, Laura Linney, Chris O'Donnell, Peter Sarsgaard, John Lithgow

VFW
Action/Adventure | 92 mins | 18
0 Reviews
A typical night for a group of war veterans at the local VFW turns into an all-out battle for survival when a teenage girl runs into the bar with a bag of stolen drugs. Suddenly under attack from a gang of punk mutants looking to get back what's theirs at any cost the vets use every weapon they can put together to protect the girl, and their VFW, in the biggest fight of their lives.
Director Joe Begos
Cast Stephen Lang, Martin Kove, Dora Madison 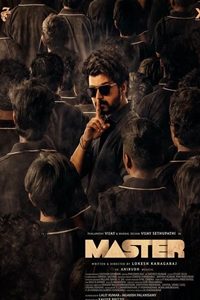 Trolls World Tour: The IMAX 2D Experience
Animation | 94 mins | U
0 Reviews
In an adventure that will take them well beyond what they've known before, Poppy and Branch discover that they are but one of six different Troll tribes scattered over six different lands and devoted to six different kinds of music: Funk, Country, Techno, Classical, Pop and Rock. Their world is about to get a lot bigger and a whole lot louder.
Director Walt Dohrn
Cast Anna Kendrick, Justin Timberlake, James Corden, Caroline Hjelt, Aino Jawo

Trolls World Tour
Animation | 94 mins | U
0 Reviews
In an adventure that will take them well beyond what they've known before, Poppy and Branch discover that they are but one of six different Troll tribes scattered over six different lands and devoted to six different kinds of music: Funk, Country, Techno, Classical, Pop and Rock. Their world is about to get a lot bigger and a whole lot louder.
Director Walt Dohrn
Cast Anna Kendrick, Justin Timberlake, James Corden, Caroline Hjelt, Aino Jawo 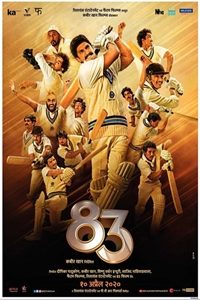 The New Mutants
Action/Adventure
0 Reviews
Twentieth Century Fox in association with Marvel Entertainment presents "The New Mutants," an original horror thriller set in an isolated hospital where a group of young mutants is being held for psychiatric monitoring. When strange occurrences begin to take place, both their new mutant abilities and their friendships will be tested as they battle to try and make it out alive.
Director Josh Boone
Cast Anya Taylor-Joy, Maisie Williams, Charlie Heaton, Henry Zaga, Blu Hunt