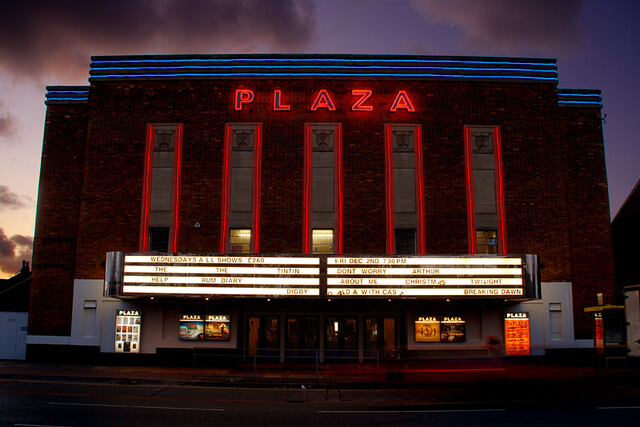 "For the Love of Film" is BAFTA's UK wide search competition where they search for people well known for having a passion for film within their communities.

This year the award was won by Janet Dun and Martin Ful, who fund and operate Liverpool's Plaza Cinema. The cinema itself is run almost exclusively by volunteers and offers film-based educational programs to schools, local community groups and members of the public.

Since 1939 when The Plaza first opened, it has been a vital part of the local community. The cinema nearly closed in 1995, but was rescued by Janet, who managed to secure a 10,000 person petition to save it.

It reopened in 1997 and has since hosted a variety of different programs for members of the community. They regularly organise film courses for young adults, training them in film production whilst giving them the opportunity to see behind the scenes at a cinema. They are also one of a growing handful of cinemas that provide autism and dementia friendly screenings.

Andrew Orr of the BAFTA film committee said: "Without people like Janet and Martin to champion opportunity at a local level many might miss out on the enjoyment that it brings." Next month, Janet and Martin will be attending the BAFTA ceremony in London as part of their 2019 prize.

Massive congratulations to Janet and Martin. If you're interested in to try out the Liverpool Plaza, you can view their current listings on our cinema page. Of particular interest, might be The Band Wagon (1953), which is being shown for the next few days.